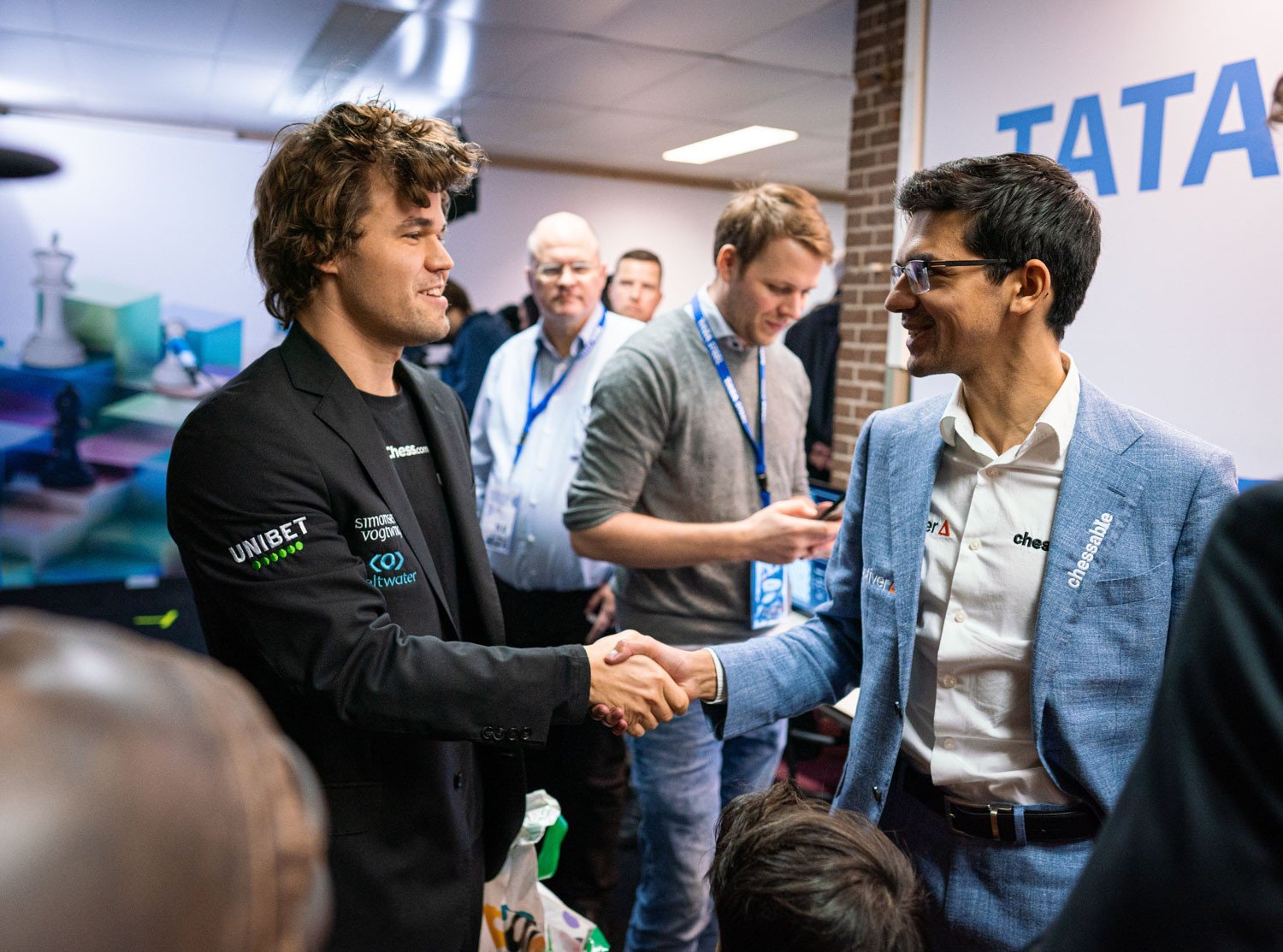 Coming into the last round Anish Giri had just a 21% chance of winning the Tata Steel Masters for the first time in his career. Now, he is the 2023 Tata Steel Masters Champion! Richard Rapport made a blunder late in the game that left Giri shocked - the position went from drawn to +8 (!!) for Giri. The commentators were shocked as well. Giri was able to convert the position and win the game.

At the same time, Nodirbek Abdusattorov fell slowly into the clutches of Jorden Van Foreest. Giri’s compatriot pulled off one of the biggest surprises of the tournament, taking down the as-yet undefeated Abdusattorov and cementing Giri into solo first place.

Of course, Magnus turned up the heat early on and won his game on demand. A draw from Giri would have sent the three to a Blitz tiebreak. We weren;t so lucky, as fans! Would have been a treat. But, it’s also fantastic to see Giri win on his home turf at “the Wimbledon of Chess” in Wijk aan Zee for the first time in his career.

Follow me on Twitter and be the first to know when I post about future events. We have the World Chess Championship and the WR Chess Masters coming up in the near future.

These predictions brought to you by:

Note: an earlier version of this article pegged Carlsen’s initial winning chances at 52.2%. I found a bug in my code that turned the torunament into a double round robin. A longer tournament would favor Carlsen, so his chances dropped to 40%.

Original commentary for the tournament:

World chess champion Magnus Carlsen is seeking his 9th title at the prestigious Wijk aan Zee tournament in the Netherlands. The Norwegian grandmaster has dominated the chess world in recent years, solidifying his status as one of the greatest players of all time.

Carlsen will face stiff competition from a mix of seasoned veterans and rising stars in the chess world. Among his challengers are former World Championship match foe Fabiano Caruana, Ding Liren (2023 World Championship Challenger), as well as top-ranked players such as Anish Giri, Wesley So, and Richard Rapport.

Despite the formidable lineup, Carlsen remains the favorite to win the tournament. The Norwegian grandmaster is currently ranked number one in the world and has a string of impressive victories under his belt, coming off becoming the triple-champ after securing the World Rapid AND Blitz titles in December.

However, the young guns in the tournament should not be underestimated. Players such as Gukesh D, Praggnanandhaa, Keymer, and Abdusattorov have nothing to lose and will be eager to make a bigger name for themselves by taking down the world champion.

Overall, the Tata Steel Chess Tournament promises to be an exciting event, with Magnus Carlsen seeking to defend his title against a strong field of challengers.